She was commissioned by the shipyard where she also works to paint the Royal New Zealand Navy’s frigate HMNZS Te Kaha.

The Anzac-class frigate was extensively upgraded at Seaspan in Esquimalt. The project marked the first time since World War II that a foreign warship in Canada has undergone a modernization project. Work on Te Kaha was completed last year when the ship returned to Davenport Naval Base in December. Te Kaha’s sister ship Te Mana is currently undergoing a similar upgrade in Esquimalt.

Six senior executives at Victoria Shipyards attended the unveiling before the painting was on display. On this occasion, around 1,000 copies were distributed to employees across the company.

“The ceremony went very well and everyone seemed to love the painting,” said Morrison. “It was humbling to hear from so many employees at the shipyard how much they loved it.”

According to Morrison, it was crucial to find the correct aerial photo that would provide a detailed representation of the ship’s exterior. Maritime Forces Pacific Imaging Services sent her an overhead drone photo of Te Kaha, taken by photographer Sgt Malcolm Byers.

With the picture in hand, she only had a few weeks to complete the painting and have it printed.

“The biggest challenge when painting Te Kaha from a photo was the various shades of gray. I was afraid that something important would be missing because of the shadows of the sun. “

After Te Kaha finishes, she focuses on her goal of painting all of the tugs in BC. She estimates the project will take up to 15 years. 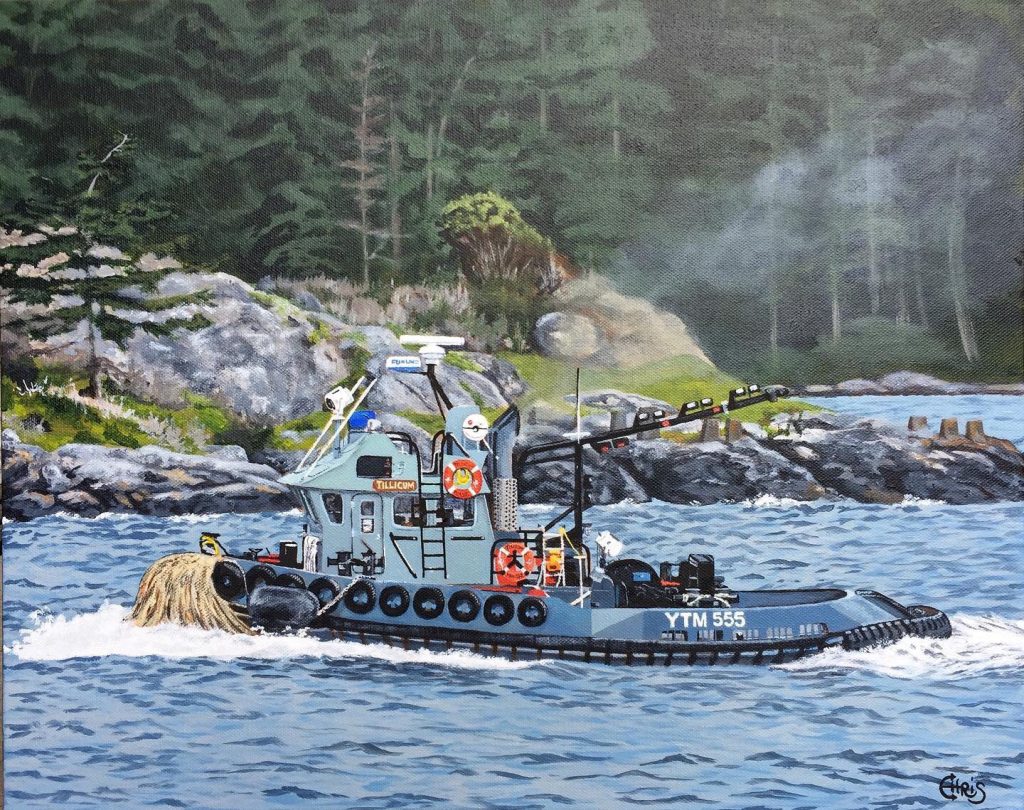 The painting by artist Christina Morrison from the tug YTM 555 – CFAV Tillicum of the Queen’s Harbor Master.

Review: ‘Painting With John’ Teaches the Art of Living