An invaluable painting from the Leonardo School from the early 16th century was found … [+] in an apartment during a search. Painting found in Naples The “Salvator Mundi” was kept in a collection in the “Doma” museum of the Basilica of San Domenico Maggiore. (Photo by Vincenzo Noletto / Pacific Press / LightRocket via Getty Images)

Italian police are investigating a possible theft after finding an invaluable Leonardo da Vinci school painting stolen from the Basilica of San Domenico Maggiore in Naples. The early 16th century painting “Salvator Mundi” was found hidden in a room of an apartment on Via Strada Provinciale delle Brecce in Naples.

The Italian authorities arrested the owner of the apartment, a 36-year-old Neapolitan who was tracked down not far from the house. The man was charged with receiving stolen goods.

The painting is a copy of Leonardo’s “Salvator Mundi”, which recently sold for $ 450.3 million at a Christie’s auction in New York. This makes it the most expensive painting to be sold at auction. Although the attribution of the copy is not confirmed, the DOMA Museum of the Basilica of San Domenico Maggiore, which housed the painting, suggests that the author is Girolamo Alibrandi. 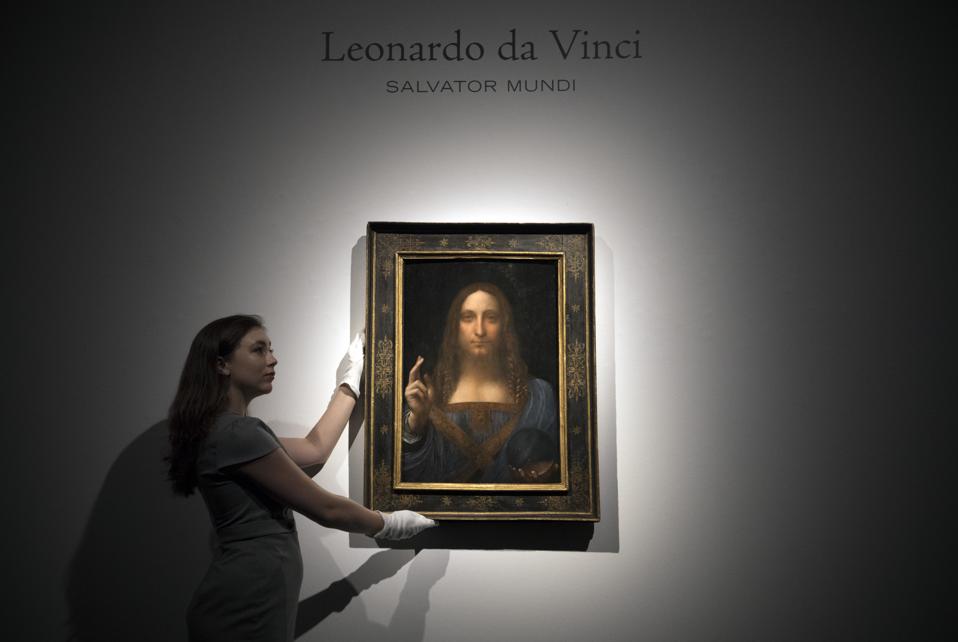 Leonardo da Vinci’s “Salvator Mundi” before it will be auctioned at Christie’s on November 15th in New York … [+] on October 24, 2017 in London, England. (Photo by Carl Court / Getty Images)

Rescued David Bowie Painting Will Sell for 10,000 Times its…

Details of the theft are not yet known, especially since the painting was kept in a room that had been closed to the public for months due to the coronavirus pandemic. Naples Prosecutor General Giovanni Melillo stated: “The painting was found on Saturday thanks to a brilliant and careful police operation. We had received no reports of theft and in fact we contacted the prior who knew nothing of the disappearance as the room, in which the painting was kept has not been open for three months. ”

Police are now investigating the theft as a possible commissioned operation, as “there is nothing to suggest the need to resort to burglary or to overcome obstacles,” Melillo said. “Whoever took it wanted this painting, and it can be a plausible guess that it was a contract theft from an organization dedicated to the international art trade.” 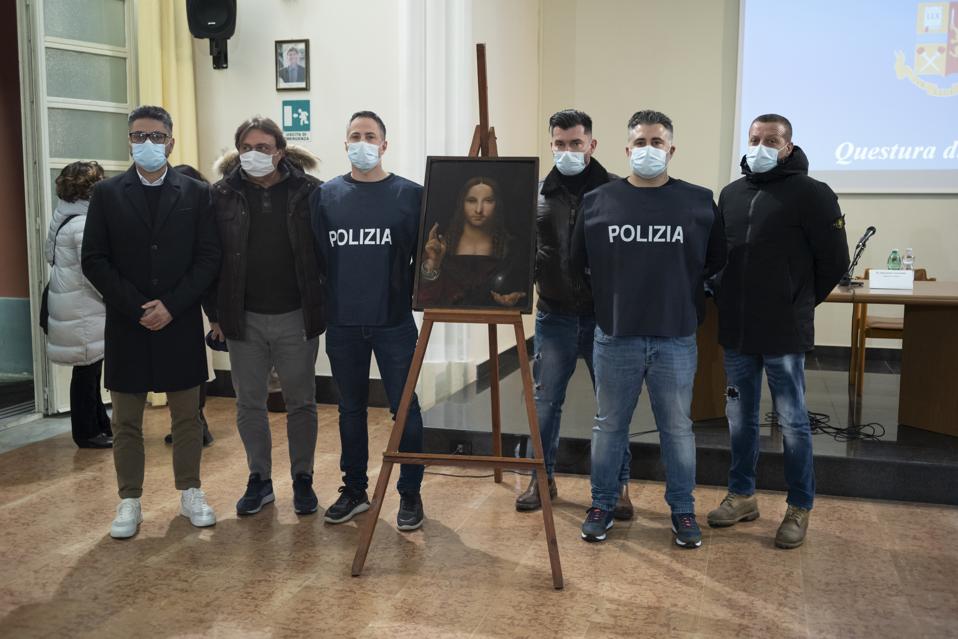 The Naples Mobile Squad with the copy “Salvator Mundi” after it was recovered from an apartment in … [+] Naples. (Photo by Vincenzo Noletto / Pacific Press / LightRocket via Getty Images)

Naples Police Commissioner Alessandro Giuliano described the discovery of the stolen painting as “an operation that will allow the restoration of an important piece of the city’s artistic heritage”.

The investigation was led by Alessandro Fabbrocini who said: “It was a particularly complex activity and it gives us great satisfaction to have returned such an important asset to the city of Naples. We have resolved a case even before it was created, since It.” no theft was reported and the custodian did not know [the painting] was stolen.”

Give Your Walls a Trendy Makeover with Stencil Painting

Weymouth man turned to painting to get through pandemic

Rescued David Bowie Painting Will Sell for 10,000 Times its Price