Several countries experienced a celestial phenomenon on Thursday as they witnessed a solar eclipse that lit up the skies in the northern hemisphere.

Eyewitness footage in Avon-by-the-Sea, New Jersey captured a partial solar eclipse that created a spectacular crescent that soared over the sea and colored the sky red. 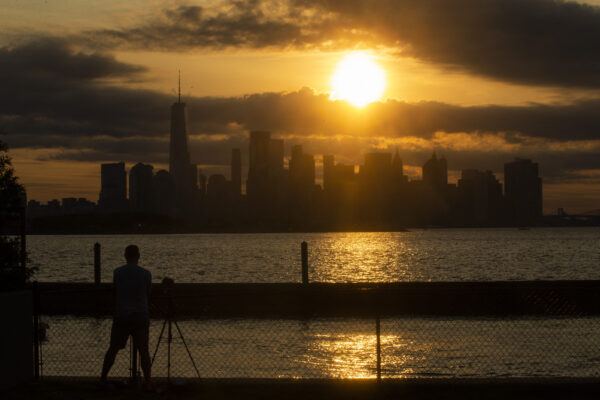 The New York skyline can be seen as the moon partially covers the sun during a partial solar eclipse in Jersey City, NJ on June 10, 2021. (Kena Betancur / AFP via Getty Images)

Solar eclipses occur when the moon moves across the face of the sun and partially or completely blocks the light emanating from it.

Other countries experienced a “ring of fire” or annular solar eclipse in which the moon moves completely over the sun but does not block its light and leaves a thin ring of brilliance.