‘Painting With John’ Presents A Grumbly Guide To Art And Life : NPR 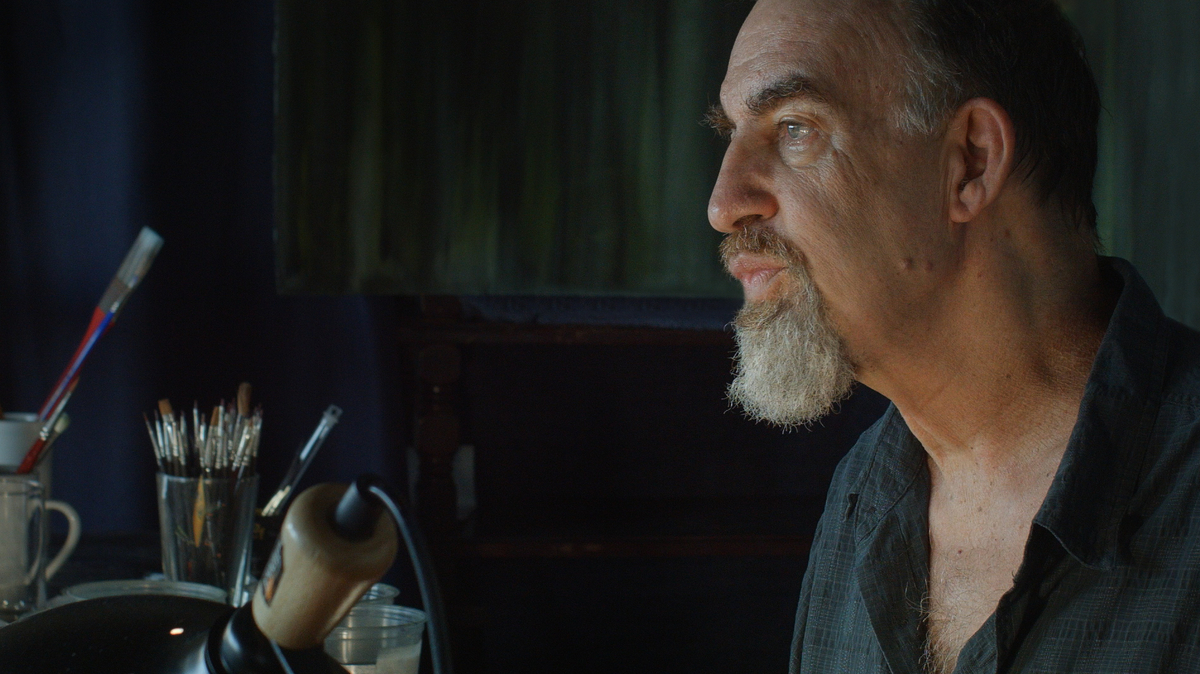 John Lurie grumbles about art and life as he paints watercolors while tree frogs croak in the tropical night. It’s strangely comforting.

“Bob Ross was wrong,” grumbles musician / actor John Lurie in a voice that has turned gritty like listening to a rock mug. It is late at night and he is leaning over the watercolor he is painting in his house on a “tiny island in the Caribbean”. Between every sentence he delivers to the camera, the rhythmic peeping of tree frogs in front of his takes place Window through again.

“Everyone can’t paint,” he continues. “It is not true.”

He modulates this attitude a little – all children are artists, he admits, until life beats them up. But later, when he paints the spindle-shaped branches of some trees teeming with his lush tropical backyard, he will be pleased to tell us that none of the trees he paints are happy. “They’re all miserable,” he says, giggling.

By the time the strangely intriguing new HBO series Painting with John comes to an end (after just six whimsical 20-minute episodes), he’ll have come to Ross’ expansive inclusivity:

“You know,” he says, looking from his painting into the camera. “You should try. Get some paint and some brushes. And some paper. I mean, watercolor isn’t expensive. You only need a small pad. But get some decent paper, paint, and brush. And just play with it around. See what it gives you. … It’s so rewarding. “

What spans between Lurie’s carefree dismissal from PBS’s favorite PBS host (Episode 1) and that moment of magnanimity (Episode 6) is a collection of stories (this time he was blowing in a broom closet with Rick James and Steve Rubell of Studio 54 He killed an eel in cold blood this time!) Childish antics (He rolls tires down his hill just to see them ricochet! He finds a branch that looks like an elephant’s trunk and stomps through his backyard, trumpeting off! ) Meta-comment (he has an aimless conversation with his housekeeper and store manager and then plays it again and adds a laugh track!) And the inglorious deaths of a lot of drones that Lurie uses over and over to try to tap every episode filming (seriously, drones are on this show like drummers are on Spinal Tap.)

However, the many settings of Lurie painting combine all these different parts and stories and the self-confident chic. Cinematographer / editor Erik Mockus films the tip of Lurie’s brush in extreme close-up, and we watch colorful pigments leach on and into the paper, only to suddenly spin out along the texture of its fabric. We observe how one color falls onto another and how each one is delimited in breathtaking contrast. It’s hypnotic, calming, satisfying, and deeply meditative – an effect that is either enhanced or undercut by Lurie’s ubiquitous score, depending on your personal attitude towards noodle, persistent jazz saxophone.

Between Lurie’s band The Lounge Lizards and his status as one of the main characters of the filmmaker Jim Jarmusch, he achieved the special status of underground fame that was only possible in New York City in the late 1980s and early 1990s. Twenty years ago, Lyme disease led him to turn away from music and drama and devote himself to painting. He’s open about it in the last episode of the series, as it’s about the lingering effects of the disease – a persistent fatigue compounded by a lack of sleep that makes him so exhausted that he only film the series an hour or two a day can.

He talks about the friendships he made on his lush island of exile and occasionally expresses his thoughts with the carefree confidence and lack of empathy that characterizes many members of his generation. You will be forgiven for hearing in the Kurmudgeonly gnomish utterances of this main character of the New York underground a kinship with the one uncle of yours who has this whole strange thing about, for example, fat people.

There’s artsy-fart indulgence here, but there’s also a soul-seeking quality and self-injurious humor that seeks to keep that indulgence at bay. Kind of a continuation of his cult series Fishing with John from the early 90s, in which novice Lurie lured friends like Tom Waits, Willem Dafoe and Dennis Hopper onto a boat to fish in various exotic locations, Painting with John is rather subdued , less stylized. Gone are the first series’ preference for the surreal – and the need for guest stars to torment. Painting with John is all about Lurie – his living art, his unique memories, his new life among palm trees and tree frogs, and ultimately his illness.

He’s only talking about this aspect of his life in the last episode, but if he does, you’ll retrospectively reevaluate the previous episodes in a new light. Painting with John becomes an attempt by a man who is not healthy to preach the gospel of a medium he sincerely loves (painting) through a medium he performatively despises (television). That sincerity and the imagery it contains – the careful creation of which is at the heart of this series – together feel like something freely given, an offer of exactly the kind of calm reflection our turbulent cultural moment has called for.

We Decode the New Art Biden Just Installed in the Oval Office, From a Bust of Cesar Chavez to a Calming Childe Hassam Painting