BETHANY, Okla. (KFOR) – He walks a fine line through the city streets, but it doesn’t matter which way Bob Palmer goes from his house.

At some point he will see some of his work.

Several artistic personalities live in this Pauls Valley painter, who give free rein to everyone in their unique gallery.

A wall painter who has been on a busy career for more than three decades, his depictions of the history and life of Oklahoma are written larger than life. It covers topics such as Bethany’s centenary, an ambush in the old west, commercial advertising, and so often a famous freeway linked them.

“I could paint that in my sleep,” he says of a large Route 66 logo on the side of a building.

Bob Palmer in front of his Route 66 mural.

“They just got bigger and bigger and more scary,” he says with a smile.

As a child from Walters, Okla., Then an art teacher, then a full professor at the University of Central Oklahoma, Bob really only wanted to make a living as an artist.

“I have murals all over the world,” he says.

The more he painted, the bigger he painted and the more people noticed.

He says, “I’ve never advertised. The murals advertise me. “

His students always helped a lot.

Their names were on every wall next to Palmer’s, too many to count.

“When I retired about five years ago, I stopped counting,” he says. 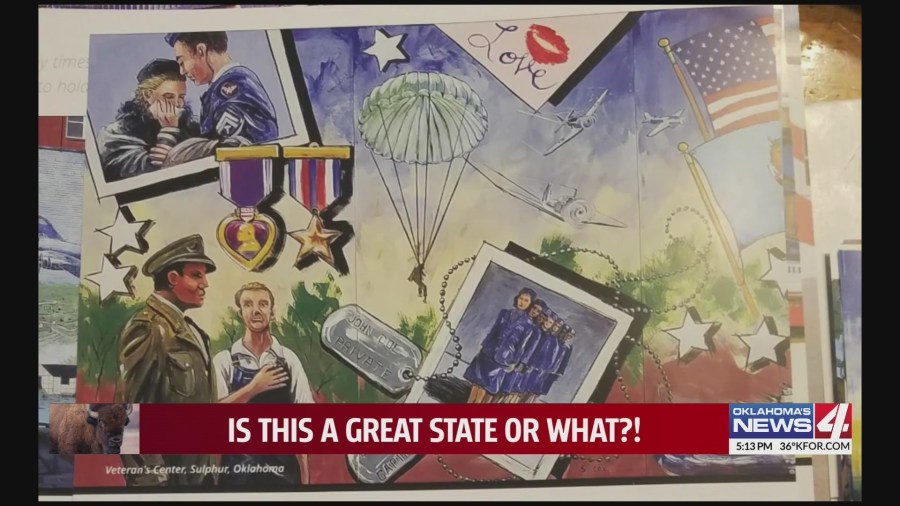 Most of them are somewhere in Oklahoma, free to watch, a great visual history lesson.

“Every city has a story,” he says.

His portfolio would never fit in a gallery or file folder, but much of it found its way onto the pages of a new book.

Painting Oklahoma and Beyond tells some of the stories behind some of his murals.

Loud and proud: This Oklahoma “picker” came home from a tour to make a name for himself and build custom amplifiers

The “godfather” of the Oklahoma murals, as one of his students called him, as told and illustrated by the artist himself.

Palmer’s book is available at Home on the Range in Guthrie and at Stephanie’s Vintique in Bethanien.

To order directly, you can go to Palmer’s Facebook page or email him at [email protected]