Man Arrested After Refusing To Give Panting Dog Water: Sheriff 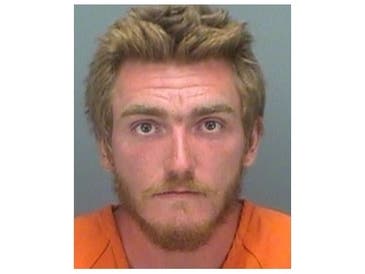 Kevin Duggan has been charged with animal cruelty. (Pinellas Sheriff)

SEMINOLE, FL – A Seminole man was arrested for animal cruelty after the Pinellas County Sheriff’s MPs received a complaint that a dog was panting heavily and the owner refused to give her water.

The sheriff’s office received a call at 4:45 p.m. Wednesday that a man at the Seminole Community Library, 9200 113th St. N., was dragging his dog in 90-degree weather. The dog was panting heavily, so the caller offered the man some water for the dog, but the man refused to let his dog drink it and said the dog didn’t need water “because she was from Jerusalem”.

When MPs arrived, they saw Kevin Duggan, 24, pulling the dog on a leash on the 8800 block of 98th Street North. The temperature was 93 degrees and the heat index was 100 degrees, the MPs said. The dog named Molly was panting excessively and couldn’t stand alone.

Duggan was arrested for animal cruelty and sent to Pinellas County Jail, where bail was set at $ 150.

The sheriff’s office tried to reach Duggan’s family to see if they wanted to claim Molly, but couldn’t reach anyone, so Molly was taken to Pinellas Animal Services for treatment. A sheriff’s spokesman said she was fine. If Duggan’s family doesn’t claim her, she’ll be put up for adoption.

To request the removal of your name from an arrest report, please send these required items to [email protected]

Man arrested after refusing to give water to panting dog: Sheriff

The rules for answering: